Home » What you need to know – and fear – about the Canada Revenue Agency’s super powers. 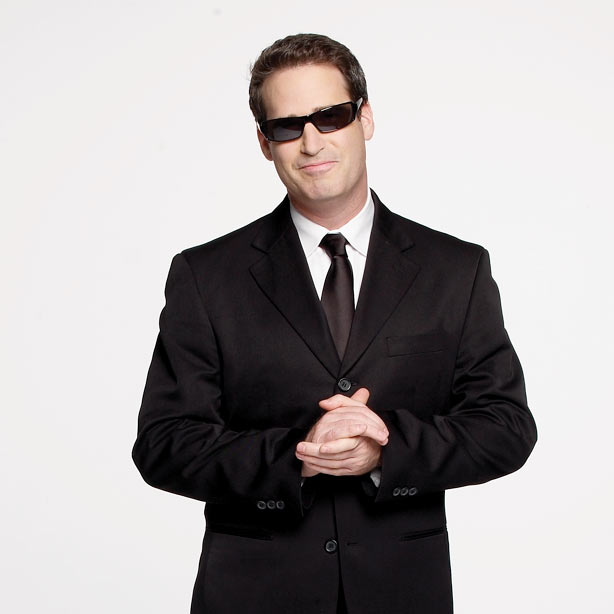 The CRA has only one purpose, and that is to collect as much tax as it can legitimately can under the provisions of the Income Tax Act of Canada and other tax acts. The Agency will harass people to the point of financial ruin in pursuit of tax revenues. It will not pass up an opportunity to add penalties and interest to a taxpayer’s bill to increase their revenues. The laws of the land give them a full suite of police-like powers to help them do it:

All of these powers can be exercised without first offering you the right to appear before a judge to argue why you should be spared from these actions.

Every day DioGuardi talks to people who are trying to hold the Taxman at bay while they figure out how to object to an unfair reassessment, or just want a opportunity to earn the money to pay their tax bill. By the time they call, many of them are frightened.

At the same time, they’re surprised at the aggressive tactics they see the CRA using. “This is our government,” they say. “They’re supposed to be working for us! Why are they so nasty??”

There’s a reason for that.

The CRA has gone out of its way to create a ‘friendly brand’. Come forward to us on your own, they say, and we’ll forgive you for not filing. Or we’ll let you amend your tax return if you’ve been cheating. What they don’t tell you is that, once you’ve provided them with all the details of your tax indiscretion, if upon further review they discover additional evidence of wrongdoing, they already have in hand the evidence they need to prosecute you criminally. And since you provided your evidence to them “voluntarily”, it’s admissible in court.

In order to survive your relationship with the Canada Revenue Agency, you have to understand the true nature of that relationship, and know what behaviour to expect.

It’s a bit like a marriage. The more you understand about your partner, the easier it is to avoid problems.

Here’s the most important thing you need to understand about the CRA.

Anyone can have a problem. Anyone. Even the most law-abiding, T4 salaried employee, who reports all his or her income faithfully every year and files his or her return on time – probably even early – can open a letter from the Canada Revenue Agency and discover an ominous surprise inside.

Here are some simple true and false questions that highlight the misconceptions Canadians have about what the Taxman can and can’t do to them.

1. Nobody ever goes to jail for not filing a tax return. TRUE OR FALSE?

FALSE. Under Section 238 of the Income tax act, failure to a tax return for more than one year when tax is due is punishable in the criminal courts with a jail sentence of up to two years upon summary conviction, and up to five years on indictment. Judges really do impose jail sentences.

2. If the TaxMan doesn’t reassess your return within three years, you’re safe. TRUE OR FALSE?

Again that’s FALSE. If the CRA believes there is reason to suspect fraud in a tax return, they can go back as many years as they choose and reassess your return and, if they find enough evidence, even prosecute you for tax fraud.

3. The Taxman has the power to order your bank to provide records of banking and credit card transactions without your permission. TRUE OR FALSE?

That’s TRUE. If the CRA thinks your declared income and your lifestyle don’t match, they will undertake a life style audit – a secret assessment of your spending behaviour that can include demanding your bank and credit card transactions, your investment portfolio statements, and records of anything else from anywhere else that they think will confirm their suspicions. Then they can reassess you, based on their estimation of what they think you earned. And those estimates are always very high. Then the onus will be on you to prove that their estimation of your income is wrong. It’s a reverse onus of proof that becomes the taxpayer’s burden. The only way to change the assessment is to file an objection and potentially be prepared to pursue the dispute all way to the federal tax court.

4. Transfer your assets into your spouse’s name, or your children’s names, and the Taxman won’t be able to seize them to collect on your tax debt. TRUE OR FALSE?

Under Section 160 of the Income Tax Act, there is no time limitation on the CRA’s right to assess the transferee for the tax owing. Spouses may be divorced or widowed. Business partners may long since have dissolved their ties. Friend may go their separate ways. Notwithstanding any or all of the above, the tax liability remains with the person who was the owner of the property or the asset when the tax debt was incurred.

DioGuardi took cameras to the street to ask people who such they really knew about the Taxman and his super powers. Watch and learn: https://www.dioguardi.ca/video-channels/tax-talk-video-channel/taxman-true-or-false.html

Think of the CRA as a shark. It needs to eat. It’s easier to gobble a lot of mid-sized fish than it is to take a bite out of a whale. Take on the whale, and the shark may get a few teeth knocked out, and get bruised and bloody. But you are a smaller fish. You can’t put up a fight. You’ll just get swallowed up, and the shark stays fed. Ordinary people don’t have the resources – neither the money nor the knowledge – to stand up to the CRA alone.

That’s why dealing with tax trouble is not a do-it-yourself project.

Don’t try to go it alone. Ever. Call DioGuardi for real tax relief.